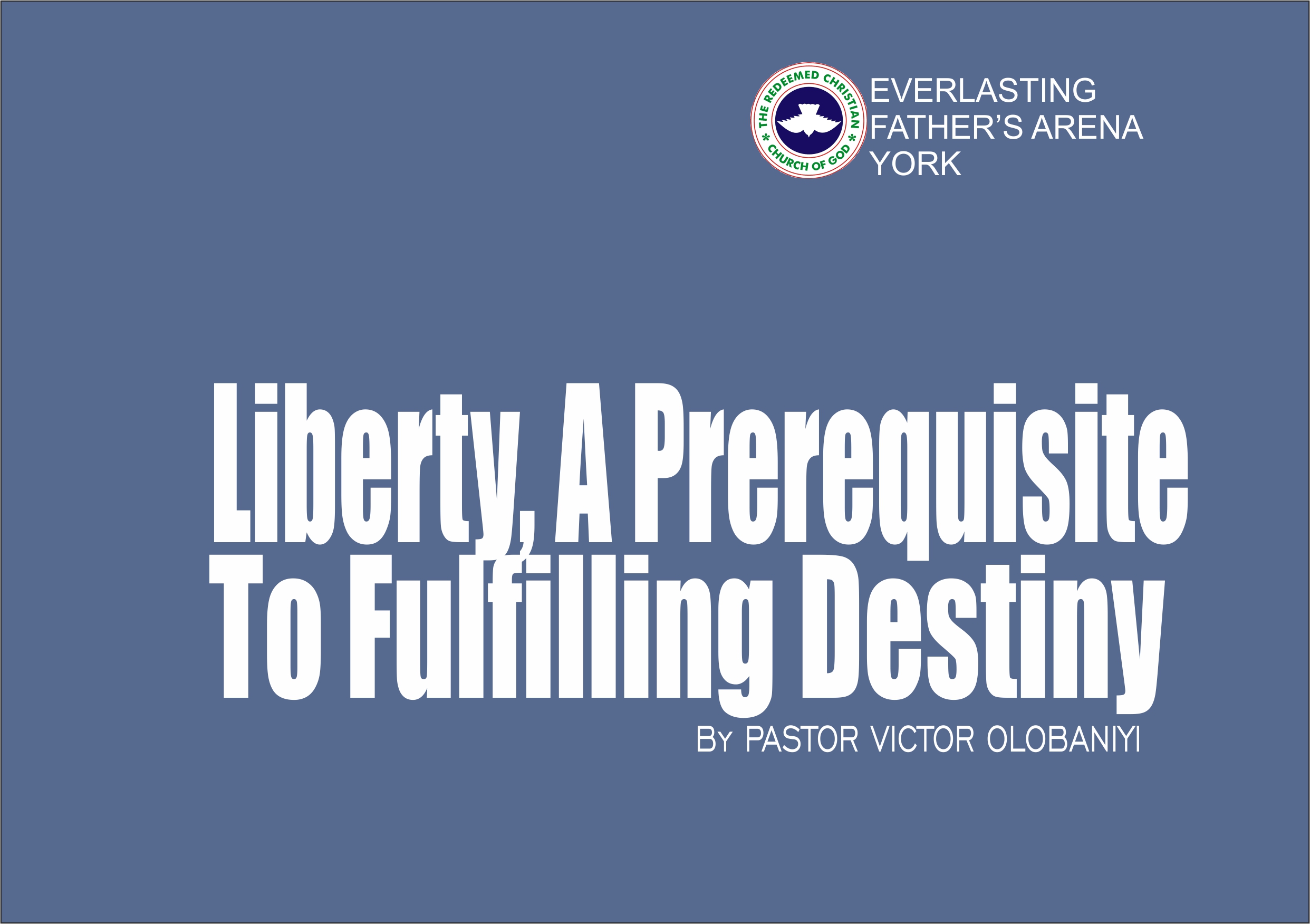 Liberty: A Prerequisite To Fulfilling Destiny, by Pastor Victor Olobaniyi

Liberty can be defined according to Cambridge English dictionary as Freedom to live as you wish or go where you want.

And according to the free dictionary .com as Condition of being free from captivity, confinement, servitude or forced labour.

It is the power to do as one pleases, freedom from physical restraint, freedom from arbitrary or despotic (tyrannical) control, the positive enjoyment of various social, political or economic right and privileges and the power of choice.

Bondage is the opposite of Liberty as we are all aware.

There are many examples in the scriptures where we can see the importance of one’s liberty in relations to the fulfilment of destiny.

Paul and Silas in the prisons—set all prisoners free including the Acts 16 vs 26 – 33, Joseph in the dungeon — deliver a whole nation from perishing from famine Genesis 41, The madman of Gadara Mark 5 vs 1 – 20 in the graveyard— became a regional Evangelist.

But today we shall be considering the Children of Israel in the land of Egypt.

The Israelites were in captivity in the land of Egypt, they have no freedom whatsoever, they were being told what to eat, gave them what they will wear, tell them where they will go and warn them about the task they will have to complete within a set time.

Because the Israelites were in Egypt Exodus 8 vs 1 and 9 vs 1 confirms that they could not serve God as they wanted.

Feasting is controlled even when they had all the resources needed. Exodus 5 vs 1 – 19.

There are taskmasters that could limit or hinder one’s Liberty/freedom, which includes, Poverty, Sickness, Laziness etc,

My prayer is that as the Almighty God has promised us divine Liberty this month, we shall experience it in all facet of our life now and henceforth in Jesus mighty name. Amen

It is very necessary to address all the taskmasters that is or may want to hinder our liberty.

So you will pray that every taskmaster in my life, what are you waiting for…

Liberty a prerequisite to fulfilling Destiny, by Pastor Victor Olobaniyi was delivered on March 13th 2016