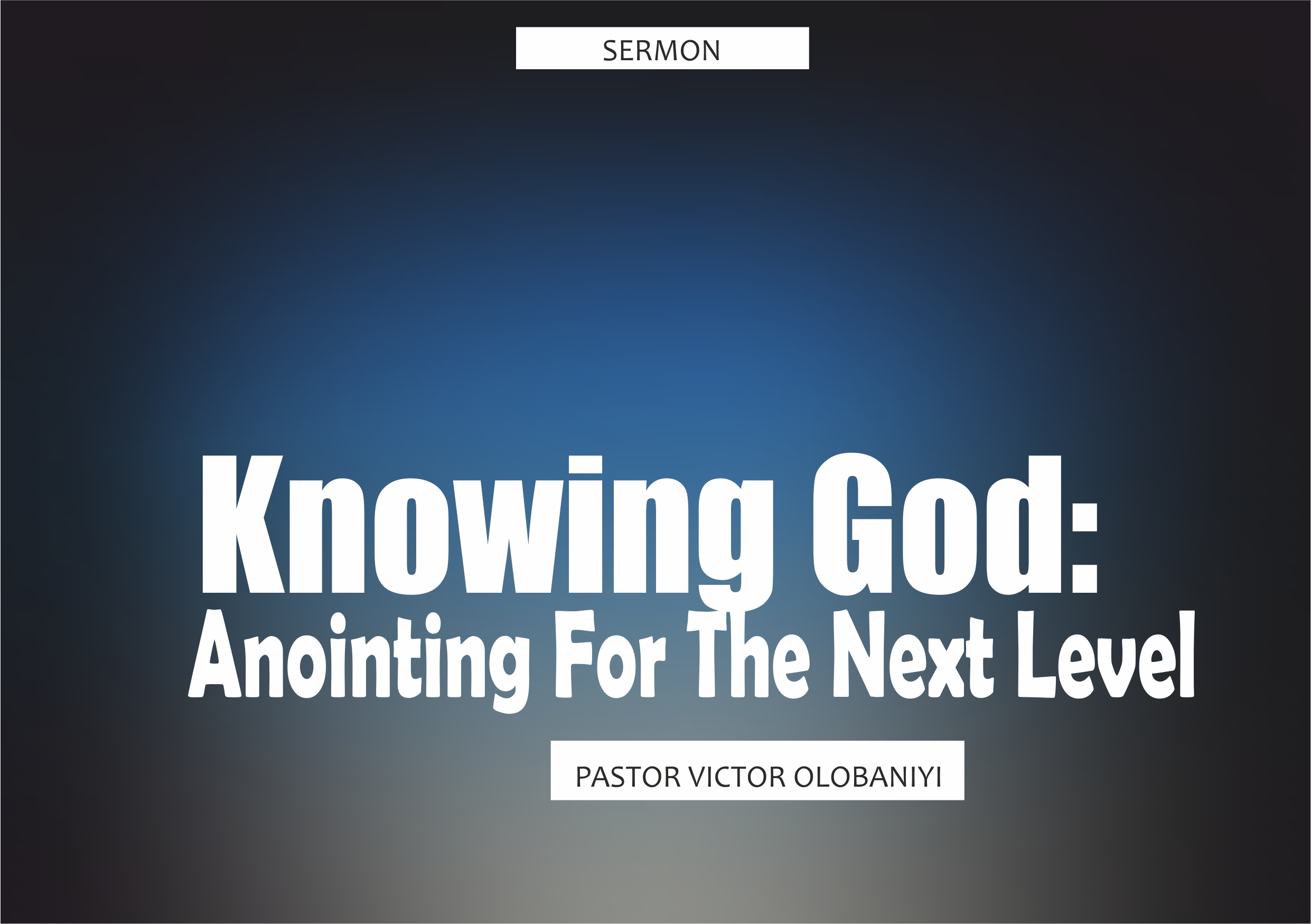 Knowing God: Anointing For The Next Level, by Pastor Victor